As an over-the-road driver, comfort is important. With a countless number of hours spent behind the wheel, when you're dealing with an issue like a failed air conditioner, this can be problematic, especially if your load schedule doesn't allow you to have repairs made right away. One way to avoid this is to be able to recognize the signs that often signal a failure is imminent. Here are just some of the things to watch out for.

Is the air conditioner in your semi still producing cool air, but it doesn't seem to be as cool as it once was? If so, this is often an indication that there is an underlying problem. Declined cooling can mean that the condenser is starting to fail.

When the condenser is failing, this will limit the amount of refrigerant that is able to flow through the system. Since the refrigerant plays a critical part in the cooling process, when it is limited so will the level of coolness of the air.

When you turn on the air conditioner in your truck, the only thing you should be able to hear is the sound of cool air blowing. If you're hearing something else, this is another warning sign. Examples of strange noises include a rattling or banging noise.

This often means that something inside the system is loose, such as a crack in the condenser, which might vibrate or rattle when the system is powered on, leading to the noise you're hearing. In some instances, the noise could also be the result of something else under the hood being loose, but whatever the case, it's important to have your truck inspected.

Even if the unit is producing cool air and you aren't hearing any unusual sounds, if you are noticing excessive leaking under the hood, this is also cause for concern. If you've been parked for some time with the air conditioner running, it's not uncommon for there to be some level of fluid under the hood.

However, if you are looking back and noticing an excessive amount of fluid, your system has a leak which can lead to a complete failure of the unit, which can be costly to repair. Make it a habit to periodically check and see how much fluid is on the ground.

If you suspect a problem with the air conditioner in your truck, ensure you're having the issue addressed as soon as possible to keep your truck comfortable. 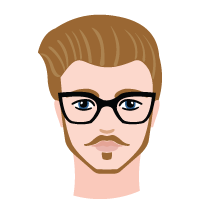 Hi there, my name is Wendell Vern. I am here to talk to you all about brake jobs. Automotive applications use both disc and drum brakes to stop the vehicle. Both of these setups use specific components that work together to slow down and stop the rotation of each tire. This site will be used to explore those parts thoroughly to help people better understand their vehicle. Furthermore, I will talk about the best repair schedule for brake components and the risks of neglecting to complete the job. I hope that the information I provide will help people stay safe on the road. Please visit my site often to learn about brakes.